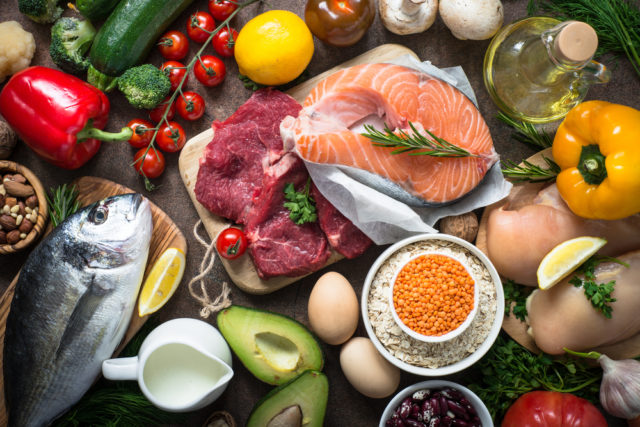 This stuff has a wealth of gut-friendly probiotic bacteria and calcium, which helps burn fat, and it contains almost twice the protein of regular yogurt. A caveat: Check the sugar content, as some Greek yogurts can be overloaded with the sweet stuff. Plan is always best.

The blueberry’s ascension to nutritional sainthood is well-deserved. Research reports that its potent antioxidant anthocyanin helps banish belly fat and shields the brain from oxidative damage. Add wild blueberries wherever you can for the biggest antioxidant punch.

Besides being ridiculously cheap, beans are one of nature’s nutritional all-stars. They deliver a monster dose of fat-obliterating fiber plus folate, iron, magnesium, zinc (which raises testosterone levels), and a healthy amount of protein. Add your favorite variety to chili, salad, and soup.

This nutritional overachiever is chock-full of fat-busting fiber, folate, and vitamins C and K. Broccoli also contains the antioxidant sulforaphane, which helps fight cancer. This cruciferous vegetable may reduce excess estrogen levels in the body and, in turn, prevent fat storage.

Packed with protein and exceptionally convenient, canned salmon is a better source of calcium, omega-3 fatty acids and vitamin D than tuna. Research suggests the healthy fats fight belly bulge by improving insulin sensitivity and reducing fat storage while ramping up fat oxidation. Use canned salmon in sandwiches and mix into salads.

The protein quality of ultra-versatile chicken ranks up there with other heavyweights such as beef, eggs, and fish because it’s easily synthesized to repair muscle tissue and help it grow. As a bonus, poultry is rich in niacin, a B vitamin essential for the conversion of carbohydrates, fat, and protein into usable energy.

A small amount of dietary cheating can prevent a fast and furious slide into gluttony. Dark chocolate is as good a cheat food as you can find because of its polyphenol antioxidants, which reduce the risk of heart disease and stroke. Chocolate is calorically dense, so limit yourself to 1-2 ounces a day, and make sure your bar of choice contains at least 60 percent cocoa for more polyphenols and less sugar.

Think of eggs—yolk and all—as bodybuilding MVP that delivers vital nutrients such as vitamins A, B12, and D, selenium, and easily absorbed protein in just a few calories. The protein in eggs may reduce blood pressure and protect against cardiovascular disease, according to Canadian research published in 2009. What’s more, eating eggs at breakfast can satisfy your hunger and prevent overeating later.

This protein-packed treat possesses more fat-busting conjugated linoleic acid, anti-inflammatory omega-3 fatty acids, and vitamin E than its corn-fed brethren. Plus, it tastes like beef should. Look for the words “loin” and “round,” which are the leanest cuts. Bison is another stellar red-meat pick.

These crustaceans possess an unbeatable protein-to-fat ratio, plus they’re an excellent source of the antioxidant selenium and are one of the few food sources of vitamin D, a vital nutrient in which many active guys are deficient. Keep a bag of precooked frozen shrimp on hand to thaw and toss into pasta, salad, and soup.

The fast-digesting branched-chain amino acids in whey are just what a body needs after a tough workout to build shirt-stretching muscle. Research from the University of Connecticut (Storrs) shows that the protein peptides in whey can stimulate blood flow, which could increase nutrient delivery to muscles and improve heart health.

The protein in cottage cheese is predominantly casein, which is slow-digesting and provides muscle with a steady supply of amino acids. This makes cottage cheese ideal before bed to minimize catabolism during the night. To keep fat calories in line, opt for one percent milk fat.

This slow-digesting breakfast favorite promotes fat-burning during exercise and squashes cravings. What’s more, it contains the soluble fiber beta-glucan, which keeps blood-sugar and cholesterol levels in check. If you have ample time, opt for less-processed steel-cut oats, which digest even slower and have more antioxidants and fiber.

Made from sprouted whole grains and legumes, sprouted bread has more protein than any other. The sprouting process also pumps up the dietary fiber, minerals, and vitamins, and gives it a nutty flavor. Furthermore, each slice is lower than other breads on the glycemic index, a measure of how fast a food spikes blood sugar. This reduces the potential for fat storage and provides a steadier supply of energy to power you through the day.

This leafy green veggie contains beta-ecdysterone, a phytochemical that has anabolic properties. Spinach is also crammed with immune-boosting vitamins A and K, which strengthen bones.

Quercetin, the flavonoid antioxidant found in apples, has anti-inflammatory properties that can improve exercise endurance and health. Researchers from the University of South Carolina (Columbia) found that quercetin may protect those who exercise hard from the flu by boosting their immune systems.

Olive oil is rich in heart-healthy monounsaturated fat as well as oleocanthal, a polyphenol compound that behaves like a natural anti-inflammatory to help soothe gym-worn muscles. Australian scientists found that heat reduces oleocanthal’s effectiveness, so keep extra-virgin olive oil out of the saute pan; instead, use it on salad and potatoes.

Walnuts contain more fat-burning omega-3 fats than any other nut, and research continues to show that those who eat them regularly more easily win the war on flab. Harvard University scientists recently found that diets rich in walnuts could slash cholesterol levels. They can be frozen and stored for long periods. 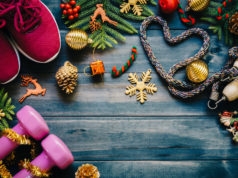 WANT TO LIVE LONGER? IT’S AS EASY AS EXERCISING REGULARLY

THE WHOLE30 FOR BEGINNERS: DIET GUIDE, WHO IT WORKS FOR, WHAT FOODS TO EAT

5 TIPS FOR CLEAN EATING WHILE DINING OUT