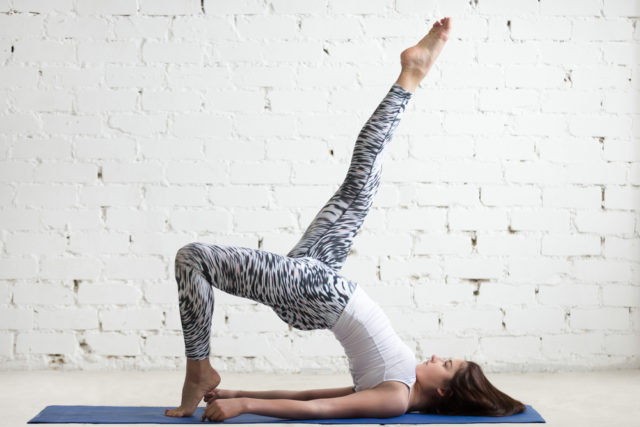 The Scoop on Glutes

If you opened this link, you’re already on the right track. You recognize the glutes are important to train well, not only for aesthetic purposes, but also for their influence of health over much more of the body. The truth is, some people tend to be aware of this importance, but go about training for glute development the wrong way.

The glutes aren’t like the biceps or quads, in the sense of it taking absolutely no effort or mindfulness to hit them hard with an exercise. In truth, your glutes will hardly activate unless you make a concerted effort to engage them during the lift in question. With this in mind, it wouldn’t be a smart move to start off by trying to crack out reps with heavy weight, regardless of the exercise you choose to hit them. There’s a high chance that your body will simply rely on what’s already strong to perform the lift instead.

The Fix: Use lighter loads, slow your tempo down, and focus on actively contracting the glutes on every rep of exercise. For movements like hip thrusts, reverse hypers and glute kicks, try holding the weight for a full second count at the top of each rep.

The elevated heel that weightlifting shoes provide can vary in height from brand to brand – but the common theme amongst them is the fact that they allow lifters to achieve a deeper squat depth thanks to the slanted foot position. This encourages the knee to travel much further over the toe, causing for a taller spine and trunk position, and a much deeper knee flexion. Basically, it can make the quads work a whole lot more. The deeper squat can indeed activate the glutes, but it’s missing the posterior chain tension that can come from a smaller hip angle and shallower depth with flat heels.

The Fix: If you’re used to squatting deep using lifting shoes, ditch them. Switch to flats and cut your range of motion by just a few inches. Use a box or target and don’t be afraid to “reach back” with the butt a bit on your descent; you’ll get more posterior chain activation that way.

If you’ve got the propensity to lift using your quads, or just have plain tight muscles that shift the load to the wrong places, it would be a good idea to give your warm-up a once over. Jogging, doing squats or lunges to warm up the joints could be fine to feel warm, but could also be preparing the quads and hips to come in full force when the working sets are to be completed. Get your mobility on point, and then plan a smarter warm-up.

The Fix: There’s plenty of controversy surrounding foam rolling and static stretching, since research suggests both can act to temporarily suppress the nervous system and inhibit muscle activity. That can be a good thing if it’s used strategically. Before your workout (and even between sets), feel free to aggressively static stretch or foam roll the muscles of the quads and hips so they become slightly less involved during your squats, deadlifts, or lunges. In turn, the glutes will be left with no choice but to pick up some of the slack.

Mistake #4: Your Glute Work Comprises of the Wrong Exercises

Listen – there’s absolutely nothing wrong with squats, deadlifts, and hip thrusts to hit the glutes and hit them well. The problem is simple: if you want a muscle to really grow, at some point you’ll have to hit it in isolation. The same holds true for the glutes. After you’ve completed your compound movements, hit up some isolation exercises like glute kicks. Abandoning “functionality” for the sake of some development can, at times, be just what the doctor ordered for adding size and even strength.

Mistake #5: You’re only Using One Plane of Force

The glutes are actually made up of a group of 3 muscles on each limb. The gluteus maximus, medius, and minimus. Truthfully, movements like squats, deadlifts, hip thrusts, good mornings and the like all train one capacity – hip extension. This neglects the glutes other roles as lateral stabilizers, external rotators of the thigh, hip abductors and posterior pelvic tilters.

The Fix: Doing exercises like rear leg elevated split squats, Cossack squats, lateral lunges, and even isometric hip abduction holds are supreme ways to light up the glute medius and minimus and make sure that the glutes are being trained entirely.

THE 5 HEALTHIEST DIPS FOR SNACKING

4 BENEFITS OF THE BOX JUMP