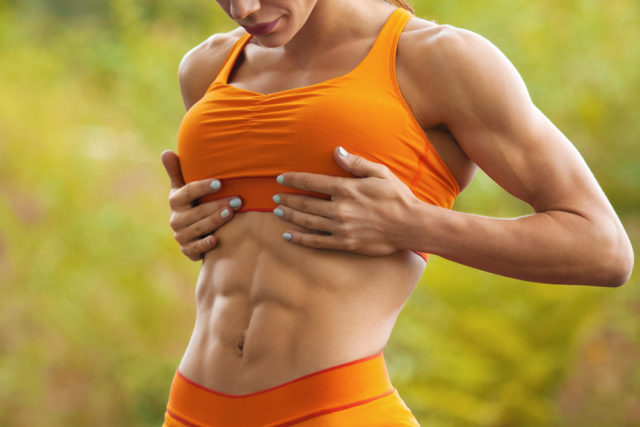 No part of the body has been examined, marketed, debated, and otherwise obsessed over more than the abdominals. Pick any fitness debate regarding lifting, nutrition, cardio, or recovery and you’ll find people arguing about how to get six-pack abs.

Therein lies the catch-22 about core training: The more you focus on abs, the tougher they are to produce. But when you approach training your core from the broader perspective of dialing in your nutrition and undergoing an integrated program that builds pillar strength across the hips, shoulders, and midsection, they tend to appear unannounced.

So rather than fight the losing battle of crunches, situps, and other ab-specific movements, here are seven ab moves to avoid and seven alternatives that will produce core strength and, when combined with a focused diet, the fitness holy grail of six-pack abs.

Pete Williams is a NASM certified personal trainer and the author or co-author of a number of books on performance and training.

Why You Should Avoid It: You spend all day in a flexed forward position while sitting at a desk or behind a steering wheel. The last thing you want to do is further destroy your posture by tightening your hips and straining your neck and back with crunches.

What You Should Do Instead: Swiss ball rollouts are an effective exercise that also stretches the muscles of the lower back rather than taxing them. Get in a pushup position with shins on a Swiss ball. Pull your knees to your chest until your toes are on top of the ball. Repeat for 10 reps.

Why You Should Avoid It: Even as a 9-year-old in gym class you recognized that having a buddy kneel on your toes as you violently swung yourself up and down was ridiculous. Now you know it’s not only ineffective, it’s counterproductive. It further flexes the body, causing damage to a spine already taxed from a sedentary existence.

What You Should Do Instead: Do a reach-roll-and-lift routine by kneeling on the ground with arms extended and the back of your hands on a Swiss ball. Roll the ball forward while keeping a straight line from knees to shoulders. Pull the ball back to a starting position and repeat for 10 reps. This challenges the abs with the instability of the ball.

Why You Should Avoid It: This taxes the hips more than the abs, and not in a good way. This also places huge strain on the neck, especially if you follow the lead of most guys and add a dumbbell to the equation.

What You Should Do Instead: Alternate between yoga cat and cow positions and you’ll reset your posture, open your hips, and bring your shoulders back and down. When you establish this pillar strength, you create the foundation for abs.

Why You Should Avoid It: These were a favorite of Richard Simmons in his 1980s exercise videos. If that’s not enough reason to park the bike, consider the strain they place on your neck, back, and hips. Just because a movement is strenuous doesn’t mean it’s effective.

What You Should Do Instead: Spend some time on a VersaClimber or, if that’s not available, do a set of 30 mountain climbers. Either will provide more benefit for your core region than spine-taxing stationary bicycles.

Why You Should Avoid It: The theory is that you’ll tighten those love handles, burn stubborn belly fat, and produce ripped obliques by bending from side to side, preferably while holding a dumbbell. That wouldn’t work even if you first dipped under 10 percent body fat.

What You Should Do Instead: Side planks challenge you to remain upright while lifting an unbalanced load. You’ll build core stability and ultimately contribute to abs.

Why You Should Avoid It: The Russians must be laughing after hacking our workout routines with this beauty. Rotational movement is underrated and ignored by most guys, but this lumbar crunching move isn’t the way to address it.

What You Should Do Instead: Medicine ball rotational throws—standing parallel or perpendicular to a concrete block wall—build explosive rotational power from the hips, which is where rotational movement should occur.

Why You Should Avoid It: This feels like a safer and more effective move than a sit-up or conventional crunch, but you’re still flexing and tightening your hips, further exacerbating the damage you do sitting all day.

What You Should Do Instead: Physioball Ys and Ts open up the shoulders, improve your posture, and build core strength. Strive to pull your transverse abdominus away from the ball during the movement

FAT-BURNING STRATEGIES TO AVOID BEING ‘SKINNY-FAT’