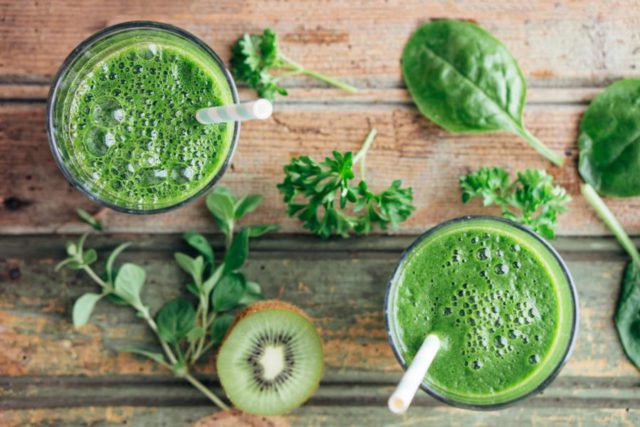 WE’RE ALL ABOUT boosting peak performance; fueling our bodies to unleash our full potential is a given. But’s what’s the best way to do it?

The Great Energy Drink Debate isn’t a new one. Are they really that bad for you? Do they boost your performance? A new study published in the British Journal of Nutrition suggests the answer to both of those questions is yes. The four-year study looked at performance among athletes who fueled up with energy drinks prior to hitting the big stage. At first glance, results look promising; athletes experienced a 3-7% increase in their performance, and reported feeling stronger and more powerful in their competitions.

But a closer look suggests it might be time to clip those wings. Energy drink-fueled athletes also experienced an increase in insomnia, nervousness, and overstimulation. Contrary to their name, energy drinks aren’t actually providing you with more energy, just a super dose of caffeine, which can cause a host of negative side effects.

To reap the same performance-enhancing benefits without the buzz-killing after-effects, try these eight alternatives for a healthier boost.

Step away from the sugar. Researchers at the University of Cambridge found that protein trumps glucose when it comes to stimulating the cells that keep us awake and fuel the calorie-burning fires. To boost alertness, keep your body running with amino acids found in lean sources of protein like eggs, edemame, and pork loin.

The top 12 protein-filled foods for your physique >>>

We’ve been pumped about the health benefits of chocolate since chocolate milk was dubbed a perfect way to refuel post-workout. But that’s not all cocoa is capable of. A study from the University of Nottingham found flavonoids in chocolate (especially dark) stimulate bioactive compounds in the brain, boosting energy.

Sub this antioxidant for caffeine to nix the nervousness the latter can provoke. According to a 2010 studyfrom the University of South Carolina, quercetin blocks brain receptors for sleep chemicals, and can also increase the mitochondria in your cells which translates to greater muscle performance. Add a green juice with apples and kale to your meal plan to get a supercharged dose

Who doesn’t love a two-for-one deal? Adding glutamine supplements to your diet may not just increase energy; the amino acid has also been found to help speed muscle growth. A study at Louisiana State University found glutamine gave athletes the energy to train stronger and longer after just six days of supplementation.

The five best supplements for men >>>

Turns out good old-fashioned carb-loading is still a great alternative to boost energy. According to a studypublished in the International Journal of Food Sciences and Nutrition, participants who ate primarily complex carbs experienced greater levels of alertness immediately following their meal.

Mom was right: take your vitamins. A study published in the Journal of Nutrition looked at how the body performed when running on low levels of magnesium. They found the micronutrient makes your body more energy efficient, meaning a magnesium-rich body exerts less energy for the same amount of work.

Can’t get over the energy jolt you get from good old-fashioned caffeine? Get the same spike without the jittery after-effects of coffee and energy drinks with a spot of tea. Research published in the Journal of Nutrition Reviews found the combination of caffeine and L-theanine, an amino acid found in tea, reacted in a way that mitigates the overstimulation caused by caffeine alone.

If all else fails, tap into the science of sleep. According to researchers at the University of Pennsylvania, a 10- to 20-minute nap can boost alertness. To net the most alertness from your nap, have a cup of coffee prior to resting your eyes. A short snooze will satisfy your body’s levels of adenosine, the chemical responsible for causing drowsiness. By the time you wake up, the caffeine will kick in and have less adenosine to compete with.