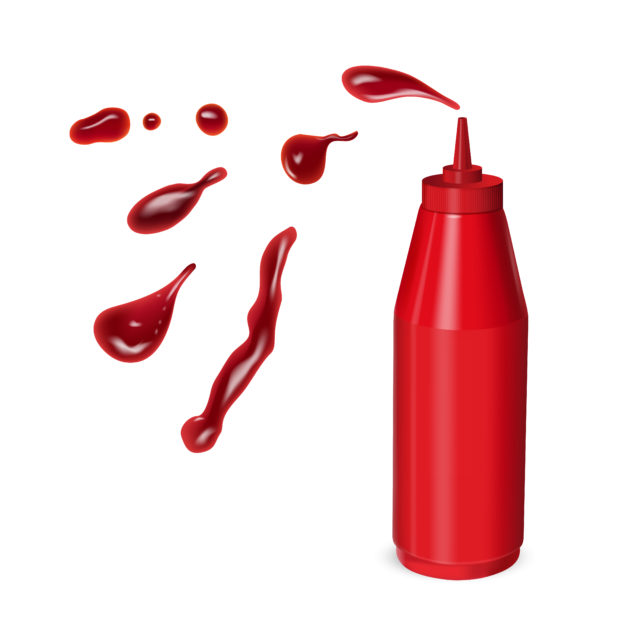 These Foods Could Make You Want to Keep Eating

If you’ve ever sat down to a huge serving of food only to find yourself starving soon after, it may be time to take a good hard look at what’s on your plate. While it’s true that active people need more calories than the average Joe, if you’re eating a smart diet, you shouldn’t be hungry mere minutes after you’ve put your fork down.

“If you’re eating packaged foods—even seemingly healthy ones—that could be the source of the issue, explains Isabel Smith MS RD. “Many of these products lack healthy fats, protein, and fiber, which are filling and help keep blood sugar levels stable. Instead, these foods contain things like sugar and salt that may fuel hunger.”

Science backs up Smith’s claims. Numerous studies have shed light onto various nutrients and additives that confuse the body’s satiety signals and increase appetite, causing you to crave more calories than your body needs. If shedding fat and building lean mass are among your goals, this is the exact opposite of what you want. To help you gain control over your insatiable appetite, we’ve uncovered eight foods that may be to blame for your constant hunger. Kick them out of your diet to finally see your hard work at the gym make their mark on your physique.

This portable snack is one of the most convenient ways to get protein and health-protective probiotics. But not all artificially-sweetened yogurt containers are created equal. “Light” flavored yogurts, for example, are often made with fake sugars that may stimulate the appetite and cause you to consume excess calories. While there’s still plenty we don’t know about the effects of artificial sweeteners, an animal study published in the journal Cell Metabolism, found that fruit flies that consumed fake sugar for more than five days consumed 30 percent more calories than when they were given naturally sweetened food. While people may react differently to the additive than animals, your best bet is to buy plain yogurt and add flavor with fresh fruit, nuts and seeds. Not only does this eliminate the potentially hunger-fueling artificial sweeteners from the equation, but it will also give you something to chew, an action that’s key to satiety, explains Alissa Rumsey RD, CDN, CSCS, Spokesperson for the Academy of Nutrition and Dietetics.

If you’re the kind of guy who’s always hungry, you should focus on getting the bulk of your calories from whole foods rather than liquids. One study published in the journal Physiology & Behavior found that the more study subjects chewed their food, the more satiated they felt after they ate. While researchers aren’t sure why this happens, they believe that chewing may alter gut hormone responses related to satiety. Though a post-workout shake once in a while won’t do you any harm, bottled vegetable juices are another story.

Not only can they mess with your hunger hormones because they’re a source of liquid calories, but they’re also notoriously high in salt, another hunger driver. Food and drinks that are high in salt are designed to appeal to our taste buds, and can often lead us to crave more,” Rumsey says. She recommends consuming no more than 700 milligrams per meal, and that number drops to half that for a snack. To put things into perspective an 8-ounce glass of tomato juice can have up to 650 milligrams of salt.

Warming and delicious they may be, but most canned soups are little more than slurpable salt mines. “According to research in The Journal of Nutrition, when you consume things that are high in sodium like conventional canned soups, your satiety for fat can become diminished. In turn, you could potentially overdo it, and eat excessively during your meals,” explains Angel Planells, MS, RDN, CD, Spokesperson for the Academy of Nutrition and Dietetics. Soup that won’t slow your progress should contain fewer than 600 milligrams of salt per serving (just enough to replace the sodium you lose during exercise without dulling satiety signals) and provide veggies, meat or beans, Planells says. This way, you’ll be forced to chew instead of drink your meals—an action that will help you feel more satisfied and full.

Even if you love the bubbles and refreshing flavor, you probably know that cola is far from a healthy choice. In fact, if drinking the stuff is a regular habit that could undo much of your hard work in the gym. The reason: soda contains high fructose corn syrup, an ultra-processed sugar that fuels hunger and promotes fat storage, Rumsey explains. “Some research shows when you consume fructose on its own, such as the case with many sugar-sweetened beverages, levels of the appetite-boosting hormone ghrelin increases, causing you to eat more,” Rumsey says. If you need a break from plain water, add lemon, cucumber and orange slices to your glass. Unsweetened iced tea and coffee are also safe bets.

Yogurt isn’t the only healthy looking product that’s tainted with artificial sweeteners. Many “light” breads rely on them, too, cautions Jim White RD, ACSM HFS, Owner of Jim White Fitness and Nutrition Studios. “If you’re trying to avoid sugar alternatives, organic bread is the safest bet. If that’s not an option, look at the ingredients on conventional loaves. If aspartame, sucralose, saccharin, neotame or acesulfame k, are listed, try to find a product made without them.”

Clean diets typically only include cookies made with healthy ingredients like coconut, bananas and flax seed—and that’s with good reason. The conventional packaged kinds typically have ingredient lists a mile long and contain an abundance of fructose in the form of high fructose corn syrup. When consumed along with fiber and vitamins, as it is in fruit, fructose is a healthy source of energy. However, our hunger hormones can get out of whack when fructose is consumed without additional nutrients, as it is in packaged junk foods, according to a Frontiers in Nutrition review.

“Think about the last time you ate a cookie. Fifteen minutes later, your stomach and brain say, ‘Hey, what’s next? That’s not enough,’ which makes eating more cookies incredibly appealing,” Planells says. “I am not saying not to eat it. Rather, think about pairing it with something rich in protein and fiber, which will ultimately help you feel satisfied and ward off hunger spikes,” he says.

Many health-minded guys know that ketchup can be a source of added sugar. But the reduced-sugar variety isn’t any better. Instead of just removing the sweet stuff and bottling the condiment as is, food manufacturers replace the sugar with artificial alternatives like sucralose. “Our bodies are pre-programmed to expect a certain number of calories from certain levels of sweetness,” Smith explains. “Artificial sweeteners are between 800 and 8,000 times sweeter than sugar yet have very little caloric density, which can affect satiety and hunger. Artificial sweeteners may also disrupt the balance of metabolism-fueling bacteria in the gut and brain health, so it’s best to avoid them.” To keep your hunger from becoming Hulk-sized, stick with condiments sweetened with real sugar, and don’t add too much to your plate.

If you find it difficult to cut yourself off after you’ve eaten your fill of sushi, the soy sauce you’re dipping it into may be to blame. A single tablespoon of the stuff has 879 milligrams of salt, and many people use twice that amount which can leave your mouth as dry as the desert. “Salty foods can make people thirsty, and thirst can often be mistaken for hunger. For this reason, I recommend avoiding high sodium foods,” Smith says. To keep your hunger in check on stir-fry and sushi night, Smith recommends choosing “light” or “lower sodium” soy sauce whenever possible and washing it down with a few large glasses of H20.

FASHION MODELS IN THE MEDIA TAKE A TOLL ON WOMEN’S BODY IMAGE, A NEW...

WANT TO LIVE LONGER? IT’S AS EASY AS EXERCISING REGULARLY