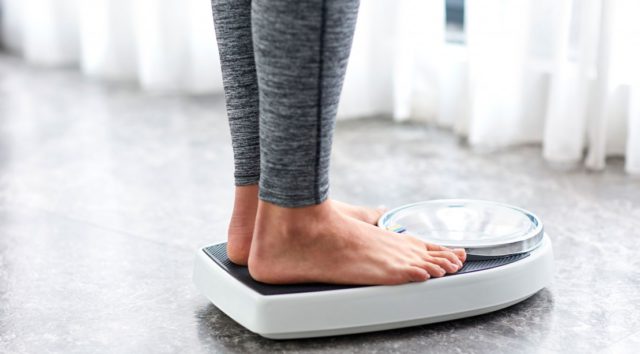 When it comes to fitness level, the number on the scale definitely doesn’t mean everything, but the act of weighing yourself may help youlose fat, according to researchers at Drexel University and the University of Pennsylvania.

In the new study, published in the Journal of Behavioral Medicine, 294 college-aged women had their body fat percentage taken at the start, six months in, and after two years. Researchers based their body mass indexes on height, weight, and body fat percentage, and gathered information about their weigh-in habits. None of the women were on a weight-loss plan.

On average, the women who reported weighing themselves daily avoided weight gain, and even lost weight. The changes in BMI over the two-year study were small, but they were significant compared to the group that didn’t weigh in every day. And while this doesn’t mean that weighing yourself daily is directly related to weight loss, researchers are interested in why the apparent connection exists.

Past studies have shown that weighing in is beneficial to people who have lost a significant amount of weight, but this new study suggests that it may also be a way to help anyone to maintain their weight. “It is possible that the relation between self-weighing and weight might be driven by scale avoidance among those who experienced weight gain,” they wrote.

The daily weigh-ins might also be motivational, according to Meghan Butryn, Ph.D., associate professor at Drexel.

So don’t let the scale take over your life (and definitely don’t let it negatively affect your body image), but if you’re in need of some motivation, give regular weigh-ins a try to see if it works for you.

5 THINGS YOU NEED TO KNOW ABOUT OATMEAL