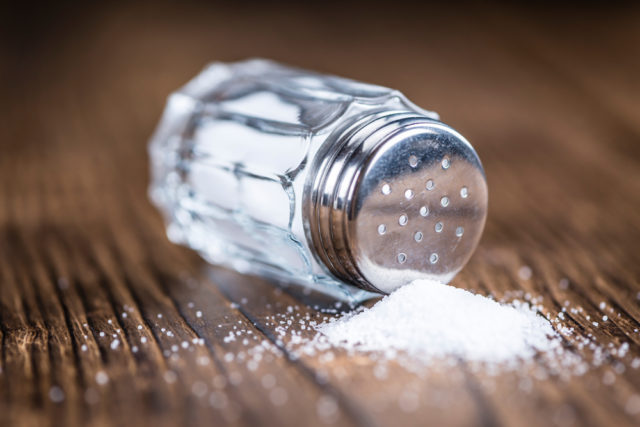 You may have been told that you need to lower your sodium intake, but a low-salt diet might not be the healthiest option for active women, according to research published in The Lancet. The study found that restricting sodium to 2,300 mg per day was associated with an increase in cardiovascular disease. “These findings question the appropriateness of the current (lowered) sodium recommendations for the general public,” says Kelly Pritchett, Ph.D., R.D., and spokeswoman for the Academy of Nutrition and Dietetics. “The recommendations depend on the athlete and the sport,” says Pritchett. But if you’re exercising in the heat for more than an hour, try to keep up electrolytes while you’re training and immediately afterward, whether by having a sports drink, an energy gel, or salty foods such as pretzels.

THE BEST ALTERNATIVES TO SLED PUSHES