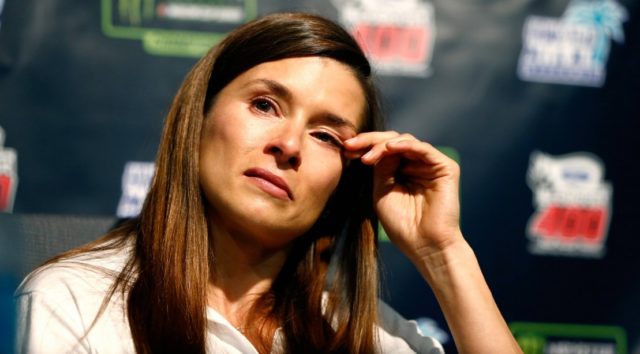 The Daytona 500 and the Indianapolis 500 will be Danica Patrick‘s final races, she announced on Friday. The racing star, whose career made her one of the most recognizable female athletes in the world, tearfully told the Associated Press that this is her final season as a full-time driver, but that she’s excited to hit the Indianapolis Motor Speedway one last time.

But before deciding on the two races to finish off her career, Patrick wasn’t sure how to go out with a bang, she told AP.

“Nothing that was being presented excited me, then about three weeks ago, I just blurted out, ‘What about Indy? Let’s end it with the Indy 500,’” she said. “This ignites something in me. But I am done after May. Everyone needs to put their mind there. My plan is to be at Indy, and then I’m done.”

Patrick is the only female driver to have led laps at the Indy 500, which she ran from 2005 to 2011 and placed third at in 2009. She made history as a rookie when she led 19 laps, becoming the first woman to pace the field at the famous race. She switched from IndyCar to NASCAR in 2011, and said she’d never go back.

“I know I always said I’d never go back to Indy, and I was always being honest,” she told AP. “Well, things change. I know now you can never say never. I’d been going through this in my head and kept asking myself, ‘How am I going to get the words out and say it’s over?’ And trust me, I lost my [stuff] a few times over that. But this seems right, and this seems good.”

Even after the Indy 500, Patrick probably won’t have too much downtime—her current business endeavors include an athleticwear line, a fitness program, and a winery in California.

SCIENCE SAYS: APPLE SLICES CAN SAVE YOUR BREATH FROM GARLIC