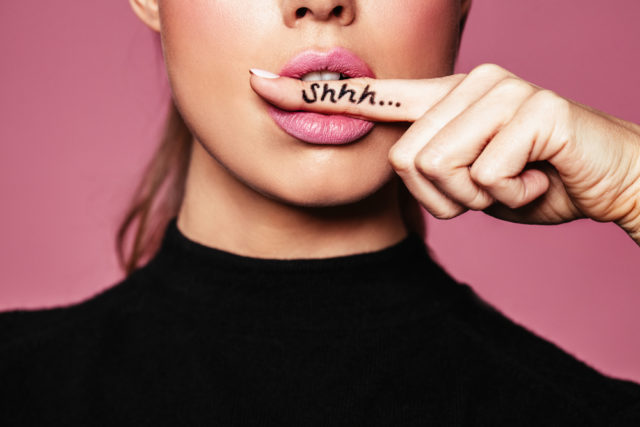 Previous research from the University of Essex alleged heterosexuality doesn’t exist in women—that all women are bisexual or lesbian—but new research from Queens University claims this assumption is false. Women have diverse patterns of sexual response, but their sexual identity and attractions are not interchangeable, meaning a woman isn’t necessarily going to identify as bisexual or lesbian just because her sexual response patterns indicate so.

The study was split into two parts, during which the participant’s arousal was measured using a vaginal photoplethysmograph (woah, is right! It’s a clear acrylic device that illuminates the capillary bed of the vaginal wall and the blood circulating within) and with self-reports. In the first part, women watched short videos, and in the second, women listened to stories about interacting sexually with a man or a woman.

In both studies, only heterosexual women who said they were exclusively attracted to men showed similar genital responses to both female and male sexual stimuli, the researchers say. Meanwhile, heterosexual women who reported having some attraction to women had greater genital response to female stimuli than male stimuli—mirroring “sexually-diverse women,” which we take to mean women who identify as bisexual or lesbian.

Up next: The researchers say they can explore how exposure to mainstream sexual media, in which women are routinely objectified, and where sexual interactions between two women have become somewhat commonplace, affects patterns of sexual response. Stay tuned.

3 HEALTH BENEFITS OF GETTING OUTSIDE