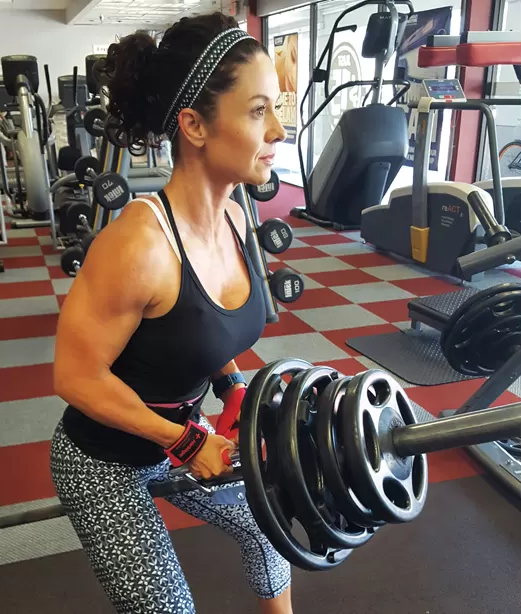 When she was 10 years old, Amanda Dettman received her first diagnoses of depression. Two years later, she was hospitalized after a suicide attempt. Medications to combat her depression put her on a downward spiral, and by her early 20s she had developed a serious drug addiction.

Her turnaround started with group fitness classes and cleaning up her diet. Before long, she started seeing changes in her confidence—and her body.

Her husband encouraged her to start lifting weights. “Once I started doing it and getting stronger, I was hooked,” Dettman says. She got certified as a group cycling instructor in 2014 and now teaches three classes a week.

“Exercise is now my medicine,” says Dettman, who has been drug-free for eight years. “Fitness allows me to set goals and achieve them. When I reach a new goal, I’m just amazed at what my body can do!

9 EXERCISES TO GET RID OF YOUR MUFFIN TOP

3 QUALITIES YOU NEED TO BECOME A SUCCESSFUL PERSONAL TRAINER

EVERYTHING YOU NEED TO KNOW ABOUT RHABDOMYOLYSIS