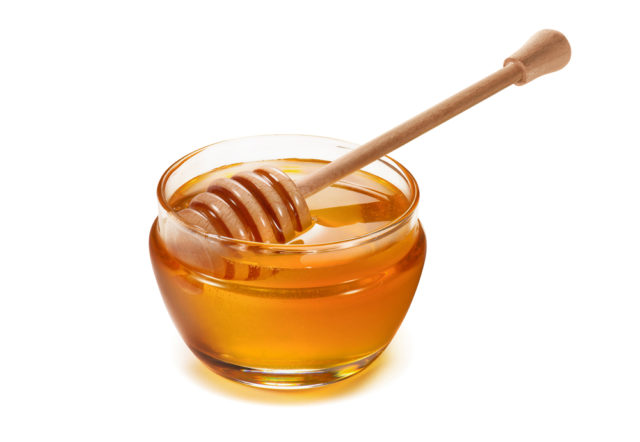 Sugars., which are a type of carbohydrate, are broken down within our bodies to give cells the energy they need to not just function during a normal day but also provide the power to push through intense workouts. Honey is a natural sugar (with vitamins, minerals, and enzymes) that can give you a clean burst of energy.

Though honey can provide a boost when lifting weights or doing cardio, it’s a combination of fructose (fruit sugar) and glucose (simple sugar). Glucose has a high glycemic index, which means it is directly absorbed into the bloodstream, so your energy will surge and then vanish, setting you up for a crash mid-workout.

Research by Baylor University in 2007 showed eating honey before a 30-to-40-minute session of lifting weights helped maintain blood glucose levels better than other carbohydrate sources. This suggests that honey can be a relatively longer-lasting source of energy for the body.

A study published in Strength and Conditioning Journal found that ingesting honey before and during endurance exercise can provide just as much extra energy as sports gels made from straight glucose.

Compared with just glucose or sucrose (table sugar), honey alone doesn’t raise glycemic levels as much and, if taken over the long term, can lower your fasting glucose level, according to a study published in the International Journal of Agricultural Sciences and Natural Resources. This translates to a healthier and more responsive energy-delivery system.

Honey is a good pre-workout alternative to sugar water or sports gels for a quick energy burst. But even though it’s on the low end of the glycemic index, it can still cause an eventual crash. Therefore, it’s best to consume some every 30 minutes or so during longer training sessions. (Try honey sticks or honey water.)

Before lifting weights, mix honey in with a complex carb like oatmeal, or drizzle a bit on some fruit for a longer-lasting effect. Honey has also been shown to be a great post-workout recovery food, so add a tablespoon into your protein shake after a strenuous workout to quickly replenish energy stores.

4 FOOD MYTHS YOU SHOULD FORGET YOU EVER HEARD