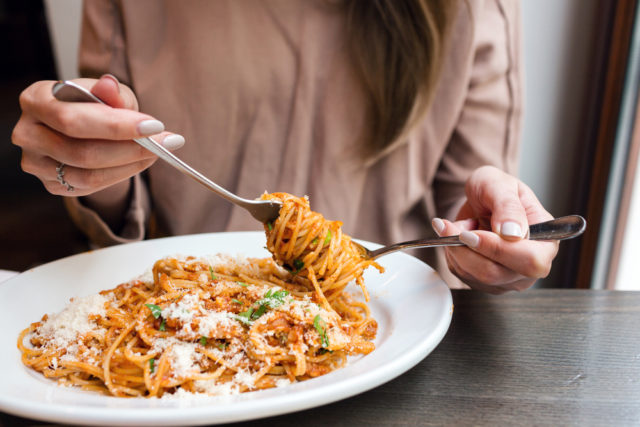 Let’s face it, dieting isn’t a whole lot of fun. But it’s always nice to know that the glorious cheat day is just around the corner. That said, making the most of your cheat days as a means of helping you get leaner is simply a matter of making wise choices while you’re (kind of) pigging out. With these tips, cheat days won’t just be about eating your favorite foods, but getting leaner too.

Studies have shown that carbohydrates influence levels of leptin, a hormone that plays a major role in hunger and satiety. When leptin is low, your stomach will growl, and you’ll get that familiar hungry feeling. Eat a macro-filled meal, and leptin levels will rise, turning off the growling and making you feel full. It’s the rise of insulin and/or glucose in the blood that drives up leptin levels previously suppressed by low-carb dieting. On your cheat day, it’s critical that a low-carb dieter’s extra calories come primarily from carbs. A standard, low-carb diet allows for roughly 0.5 grams of carbs per pound of bodyweight or less. On your cheat day, increase that all the way to two grams of carbs per pound.

Eating lower-fat carbs on cheat days ensures their speedy digestion. Fat slows carb digestion, and since insulin is key to raising leptin levels, you want as big an insulin boost as possible. And since you’re taking in so many carbs, any fat you consume likely won’t be used for energy, and instead will be stored as—you guessed it—fat.

Just because it’s a higher carb day doesn’t mean you can neglect the health benefits of eating things like oatmeal, whole wheat bread, and brown rice. Their increased fiber content will help control hunger pangs and aide in fat loss.

Fruit contains sugar, yes, but it’s in the form of fructose, which can’t be used directly by muscles. That means that when your body digests fruit, it sends fructose straight to your liver, which converts it to liver glycogen. But once the liver’s glycogen levels are full, it no longer converts fructose to glycogen; it converts it to fat. On a high-carb day, you run the risk of overloading your liver with glycogen, so keep fruit intake to three to four servings, and eat it earlier in the day.

Knowing when you’re going to cheat on your diet will allow you to look forward to it—utlimately making the diet process easier. However, don’t skip your cheat, because it may trigger an all-day binge.

Just because it’s a cheat day, doesn’t mean that it should turn into a binge fest. Be mindful of what you’re eating and where you’re eating, because it’s easy to finish a full-size bag of chips while watching TV. 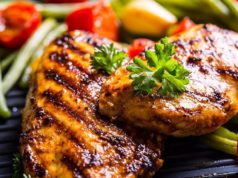 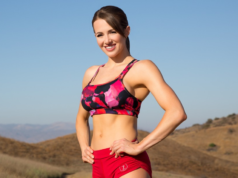 GET THE MOST OUT OF YOUR POST-WORKOUT MEAL