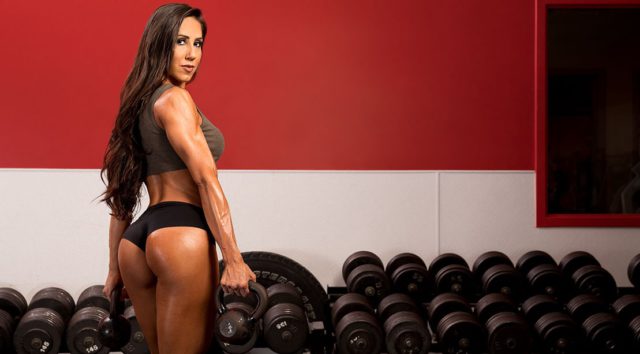 IFBB Bikini pro Angelica Teixeira was runner-up at last year’s Bikini Olympia—the sport’s biggest stage. Building on that momentum, the Brazilian-born Teixeira claimed top honors at the Arnold Classic Bikini International as her first major victory. “I thought I would finish second just as I did at the [2016 Bikini] O,” says Teixeira, who won her pro card in 2015. “This time, I think I had the total package. In bikini, everything counts. Your physique has to look good, but your hair, makeup, stage presence, tan, and suit all factor in. I improved my glam from the Olympia.”

Of course, it’s Teixeira’s physique that matters most. To maintain her winning body, she trains six times per week for an hour and a half at a time. “I get so excited when I’m at the gym,” she says. “I don’t want to leave. Then I see it’s been almost two hours and I think, ‘I gotta stop!’”

Teixeira’s next goal: unseating Courtney King as the Bikini O champion this September. “I know every girl is going to bring her best,” says Teixeira. “But I’m going to do everything I can to win.”

10 LIFESTYLE CHANGES YOU CAN MAKE TO GET FITTER AND HEALTHIER