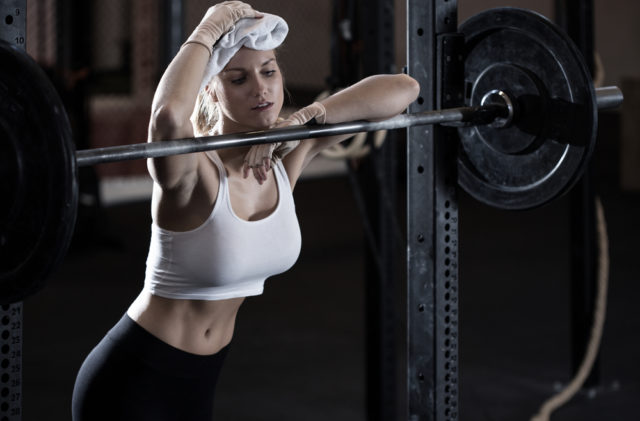 Trying to get lean can seem like a complex and confounding pursuit. You’re not really a calorie counter, but you eat pretty sensibly. You know that higher reps burn more calories, but that can make it hard to build muscle. Low carb is always good, right?

With all the information out there, it’s easy to get confused. Don’t worry, you’re not alone. If you keep to a proven diet, train hard, and avoid these six all-too-common pitfalls, you’ll be able to keep the fat melting off in perpetuity.

One of the fastest ways for your metabolism. to hit a wall is increasing your activity level indiscriminately in the gym while on a fat-loss diet. This is because your body has several mechanisms in place to try to maintain its current state. When you push too hard (e.g., cardio twice a day) during a hypocaloric diet, the body fights back and adapts by lowering your energy expenditure. This means a depressed metabolism and sluggish central nervous system output, which means less fat burned overall.

The Fix: Start your get-lean efforts gradually, then increase duration, difficulty, and frequency as your body plateaus. It’s more beneficial to add more than it is to start too fast and wreak havoc on your metabolism.

Studies have shown that dietary carbohydrates are an important factor in the levels of T3, a thyroid hormone that controls metabolism. Studies where subjects consumed zero carbohydrates for two weeks resulted in a 47% decline in their metabolism. In addition, performance in the gym can and will be negatively impacted because glycogen is part of what’s used in the production of ATP (adenosine triphosphate), the energy currency of the body. Along the same lines, 120-130g of carbohydrates per day has been shown to help maintain a healthy amount of T3s. The lowest amount of carbohydrates that has been shown to cause little change in the levels of T3 was shown to be 50g.

The higher your body fat levels, the more circulating leptins in your body. A significant part of leptin’s job is informing the brain (via the hypothalamus) how much energy the body has stored (bodyfat) and coming in (calories, specifically carbohydrates). If leptin levels are low, your brain signals the body to lower your energy expenditure. One of the mechanisms through which it does this is through lowering your metabolism. Leptin levels can drop by 50% after a week of dieting, which slows your metabolism.

The Fix: Scheduling a refeed day consisting of low-fat, high-carb meals raises leptins back up to respectable levels, thus raising metabolism back up. The leaner you get, the more frequent the refeeds should be scheduled.

There isn’t any one food that can be considered best or better than another. Each food has an array of beneficial micronutrients that others may not have. Therefore, when you pigeonhole yourself to consuming only one food group—such as all chicken breasts—you magnify the micro-nutrient deficiency that is inherent in that food group.

The Fix: Take in a variety of clean, high-quality food sources such as poultry, beef, pork and fish, grains, legumes, seeds, fruits, and vegetables. Try to avoid eating the same thing too often, which begets boredom anyway.

During a fat-loss diet people usually increase protein while decreasing carbs and fats. Prolonged high-protein/low-carbohydrate diets without calcium supplementation can result in a negative calcium balance. This is because the body’s acid-alkaline balance is now more acidic, thus calcium is leached from your bones. In addition, this can lead to kidney stones.

The Fix: Be sure that you supplement with calcium plus vitamin D3 to help with absorption of calcium to prevent bone loss.

The train of thought for most people is to use heavy weight to gain muscle but use lighter weights to lose fat and “tone” up. However, this train of thought is false when viewed from the perspective of your body. A calorie deficit represents a threat to your body status quo, or equilibrium. Thus its primary objective is to sustain what is needed and muscle isn’t a necessity.

The Fix: In order to maintain as much muscle as possible, you must continue to lift heavy loads. The same pathways that cause the increase of muscle will be activated and used to maintain your previous gains. The caveat, however, is not to utilize the same volume you used to gain. To be specific, during a get-lean phase, total volume should be cut by about a third and loads should be around 75-85% of your one-rep max. This, of course, is in addition to your usual cardio and active-living pursuits.

JUST ONE HOUR OF LIFTING PER WEEK CAN LOWER YOUR RISK OF HEART DISEASE,...

THE “LOOK BETTER IN LEGGINGS” WORKOUT