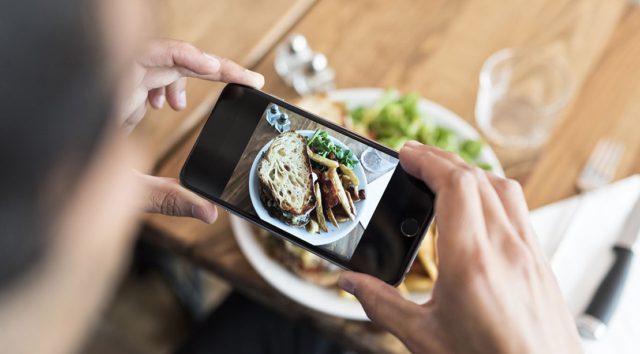 Being accountable for your weight-loss and healthier-eating attempts has long been a successful strategy for dropping pounds and keeping them off. Multiple pay programs are out there and, if you stick with the meetings and consultations, they can largely be successful. But a soon-to-be released study has found that the popular—and free—photo-sharing app Instagram can be a useful tool for keeping people honest about their weight-loss and healthy-eating goals.

The small study of 16 people, which comes out of the University of Washington, showed that when they consistently took pictures and shared what they were eating, they got social and emotional support from other interested users which helped them adhere to their goals, which also made them want to turn around and provide the same support to other Instagram users, even when they hit their goal weight.

“Maintenance becomes pretty boring for a lot of people because your quest to hit a goal has worn off,” said senior author Sean Munson, Ph.D., and assistant professor of human-centered design and engineering. “This made things more interesting and meaningful for people because after they got to their goal, they turned to thinking about how they could help others and stay accountable to people who were relying on them for support.”

And that accountability often provoked people to be more honest about what they were eating. “When you only have one data point for a pizza or donut, it’s easy to rationalize that away as a special occasion,” he said. “But when you see a whole tiled grid of them, you have to say to yourself, ‘Wait, I don’t actually have that many special days.'”

The researchers also noted that taking photos of food is more fun (and becoming more socially acceptable) than tracking points or entering data into an app—upping the chance of adherence.

7 REASONS YOU’RE NOT GETTING STRONGER

15 REASONS YOU’RE NOT GETTING RESULTS IN THE GYM

HOW TO AVOID MUSCLE CRAMPS