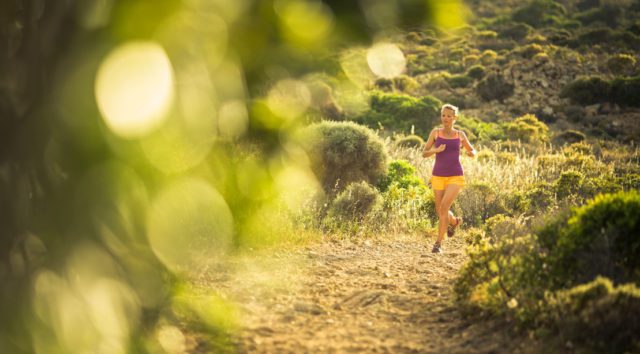 Women have more staying power than men do—no surprises there! Research in Medicine and Science in Sports and Exercise found that in a 110-kilometer ultra-trail running race the women exhibited less fatigue than the men in certain markers. Scientists conclude that it’s why females have better performance as race distances increase.

In short, you’re built to go that extra mile. So do it.

Pro Tip: Trying out a new trail? Pack an offline map, at least two liters of water, food, sunscreen, a nonphone GPS, and a backup charge.

Short bursts of intense exercise are a HIIT, even with less active people

Behind The Design: The Chosen 1