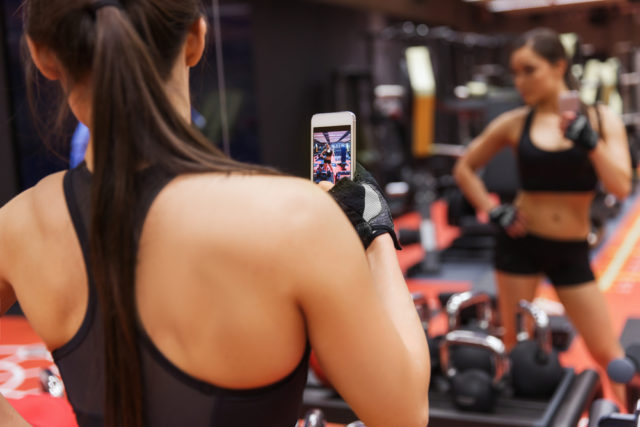 If you’re looking for useful weight-loss advice, you may want to look somewhere other than your social media feeds. A new study from the University of Glasgow followed nine of the most popular fitness and weight-loss influencers in the United Kingdom and found that only one of them provided accurate, trustworthy information. While these findings might not be surprising for some more cynical social media users, they could mean that your Instagram feed is riddled with false information.

The influencers followed in the study were each verified on at least two platforms (had blue ticks on Instagram and Twitter, for instance), blogged regularly about weight management, and had more than 80,000 followers on at least one platform. That amounts to a whole bunch of people being fed less-than-accurate information regarding their bodies.

“We found that the majority of the blogs could not be considered credible sources of weight management information, as they often presented opinion as fact and failed to meet UK nutritional criteria,” lead author Christina Sabbagh said, according to a press release. Considering lack of credibility of the influencers in this study, alone, their spreading misinformation could be incredibly harmful.

This isn’t the first time in 2019 that online fitness “experts” have come under fire for not providing the results they advertised. American influencer Brittany Dawn landed in some hot water back in March when her $300 personalized diet plans and fitness courses fell far short of what fans were promised.

But selling ineffective fitness plans are just one way that influencers can affect their ever-growing fan bases. Despite their feeds being filled with messages of self-love and positive affirmations, many of their followers end up discouraged, finding it hard to keep up with the heavily curated and idealized versions of fitness and success they see on social media. Insider.com shared the story of 24-year-old Samantha Lego, who initially found the fitness culture on Instagram supportive. But she soon found herself obsessing, binging and purging food to keep up with all the before-and-after photos she saw online.

The insecurity and body image issues stemming from social media have even been researched. In a 2016 study published in the journal Body Image, women who viewed attractive celebrity and peer Instagram profiles reported lower levels of body satisfaction compared to women who viewed Instagram accounts focused on travel. What’s more, it didn’t matter whether the accounts belonged to an attractive celebrity or an unknown peer; both were found to have negative effects on women’s body image.

“In daily life these small, one-off effects [on body image] are likely to cumulate to a much bigger effect,” study author Marika Tiggemann, Ph.D.Opens a New Window., told Insider.com.

Fitness personalities on Instagram have the benefit of photographing themselves in the best lighting, wearing trendy clothes, posing strategically, and timing their shots right after their workouts for optimal aesthetics. The heavy curation of their lives creates a disconnect for fans between what’s real and what’s actually attainable. Many even employ professional photographers. This disconnect can’t be fixed with a heartfelt caption about “self-love” or any number of reminders not to compare yourself to what you see online.

Some influencers are beginning to be more candid online, posting photos of their relaxed tummies and thighs, but as more research comes out about their often questionable fitness advice, viewers should consider seeking fitness and weight-loss counsel from professionals, not their cell phones.

SHOULD YOU EAT BEFORE WORKING OUT?