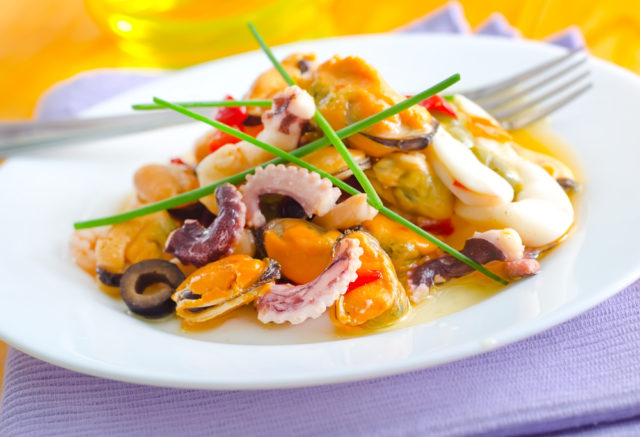 Seafood is packed with muscle-making protein, health-boosting vitamins and minerals, and disease-fighting nutrients like omega-3 fatty acids. But, despite its superstar nutrition profile, most of us eat far less than we should. The recommended amount for adults is to have at least 200g of seafood (about the amount you would get in two meals) weekly, and yet most of us consume less than half that.

Women eat even less seafood—about 50g per week—when pregnant and breastfeeding, yet Guidelines recommends pregnant women get 200g of seafood weekly, mainly because omega-3s in deepwater fish like salmon and tuna help to support proper brain development in babies. But conflicting reports about seafood safety, especially for women of childbearing age, may make you wary.

The good news: While women are often warned off seafood because of its potentially high mercury levels, which can be particularly toxic during pregnancy and breastfeeding, new evidence shows that fish have a built-in defense against this element that’s rarely part of the seafood safety discussion.

“The high levels of selenium found in fish can prevent mercury from being harmful,” explains Nicholas Ralston, Ph.D., a biomedical research scientist at the University of North Dakota. That’s because mercury actually latches onto the selenium, which in turn neutralizes its toxicity.

Nearly every fish in the ocean contains more selenium than mercury, says Ralston, and the benefits of eating fish (especially during pregnancy) for a baby’s brain development far outweigh any potential risks. In fact, health groups, including a joint Food and Agriculture Organization and World Health Organization expert panel, recently issued a statement saying that women who avoid seafood during pregnancy may be missing out on the best possible benefits for their babies.

Bottom line: While there are a few fish to avoid (including swordfish, shark, tilefish, and king mackerel) most of us can enjoy the benefits (and flavor) of the sea without a health risk.

Fish and other seafood offer a wide array of nutrients, which is why you should be eating a variety. Most ocean-going fish are rich in selenium, but some other nutrients stand out in certain species. Below, some top choices for optimal nutrients: 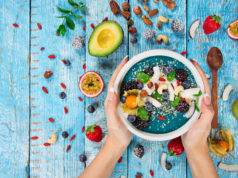 10 HEALTHY SUPERFOODS TO INCLUDE IN YOUR DIET

HOT WATER DEBATE: HOW MUCH WATER DO YOU NEED?

8 MINUTES TO A GORGEOUS UPPER BODY