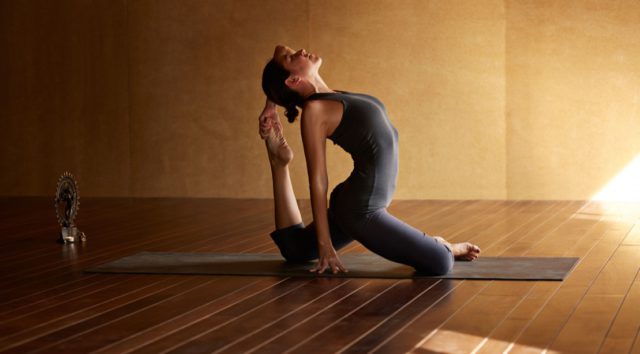 Yoga has plenty of benefits, including weight loss, a better immune system, and back pain relief. But if you’re still not convinced that it should be a regular installment in your workout plan, consider your long-term brain health to be another plus.

Female yogis (or yoginis) over 60 who practiced at least twice a week for at least eight years had better brain structure than women of the same age and activity level who had never practiced yoga or meditation, according to a study published in Frontiers in Aging Neuroscience. Specifically, their brains maintained more thickness in the left prefrontal cortex, the area of the brain associated with things like memory and attention.

“In the same way as muscles, the brain develops through training,” Elisa Kozasa of Hospital Israelita Albert Einstein in São Paulo, Brazil, a researcher involved in the study, said in a press release. “Like any contemplative practice, yoga has a cognitive component in which attention and concentration are important.”

While the findings are promising, more research is necessary to confirm whether these differences result from yoga or if they were present even before the women began practicing, according to Rui Afonso, another researcher. But one thing’s for sure: It definitely can’t hurt.

SCIENCE SAYS: APPLE SLICES CAN SAVE YOUR BREATH FROM GARLIC