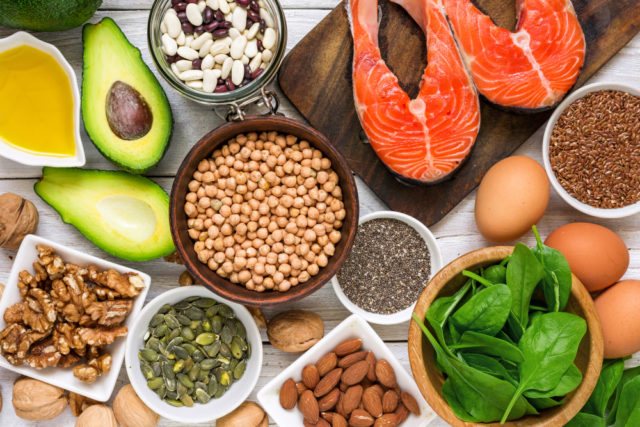 Many of us have a love-hate relationship with fat. We love it as part of our meals and recipes—like animal fats, avocados, oils—but we’re often trying to reduce it from our physiques. The fact of the matter is, you need fat in order to survive, but too much of it can severely impact your health as well. Here’s the good, bad, ugly, and interesting you need to know about fat.

1. Fat used to be a symbol of wealth.

Many of us wish there was still a correlation between our bank account and body fat percentage. Stand in front of 16th-century European paintings (like those by Rubens) and you’d understand how full-bodied, curvy women were associated with opulence and fertility. On the other side, being a portly fella with a voluptuous wife showed society that you had money to feed yourself, your family, and then some. In times when food was scarce and medicine was nonexistent, having a few extra inches on your waistline was the ultimate symbol that you were doing something right.

Now, obesity is a global epidemic that occurs in both the developed and the developing worlds and is no longer considered a symbol of prosperity in most cultures. In fact, fatty food will often be among the cheapest items at your local grocery store.

2. Hippocrates knew that excess fat was an issue.

The father of medicine, Hippocrates (460–377 BC) , recognized the relationship between body composition, exercise, and health, understanding that too much fat wasn’t healthy for us. “If we could give every individual the right amount of nourishment and exercise, not too little and not too much, we would have found the safest way to health,” in medical research. His research and physician experience taught him that obesity was something to avoid: “Repletion, carried to extremes, is perilous,” and “Corpulence is not only a disease in itself, but the harbinger of others,” he was known to declare. Nearly 2,500 years ago, Hippocrates noted that life expectancy was far shorter in the obese compared to lean individuals. So why do so many of us still not understand it?

3. You lose fat through your breath, urine, and sweat.

Ever wonder how you get rid of fat molecules when you eat right and train hard? Believe it or not, you lose it through breathing and water loss—meaning you sweat it out and pee it out. That’s a simplified explanation of a complicated metabolic process that involves adenosine triphosphate (ATP) which is used to create energy in the body’s cells. As your body makes ATP, the byproducts are water and carbon dioxide (CO2). In fact, 80 percent of the fat you lose is through the lungs, according to research published in the British Medical Journal

Well, sort of. Surely, you’ve seen us cover the keto diet before, but if you need a refresher—the diet is based on transitioning your body into ketosis, where you’re running on very few carbohydrates (less than 50g), eating a lot of fat and some protein in order to burn fat. Once your body uses up leftover glucose stores (from carbs you ate), it takes the fatty acids from the fattening foods you’re eating and turns them into ketone bodies in the liver. The brain uses these ketones for energy. (This process usually takes about a week.) Some research says eating this way can reduce inflammation in the body (and brain), and many ketoers anecdotally say that they feel more energized and focused while in ketosis. More peer-reviewed and long-term research is needed.

5. Americans have a complicated relationship with fat.

We first started to fear fat in the ‘70s and ‘80s. After some studies showed a negative impact of saturated fat upon cardiovascular health, the 1977 federal dietary guidelines recommended capping dietary fat at 30 percent of daily energy intake and increasing carbohydrate intake to 60 percent. By the 1980s, low-fat diets became the norm, influencing food companies’ marketing strategies and our beliefs that low-fat meant ‘healthier’ and carbs weren’t an issue. As more research was conducted over the next few decades, we discovered that a low-fat diet didn’t necessarily help prevent against cardiovascular During that low-fat diet craze, Americans actually got fatter. Now, the medical community suggests we eat more of the “good fats”—monounsaturated and polyunsaturated fats  (omega-3s)—which can have positive effects on heart health

6. Your body needs fat to function—and help you look good.

If you’ve ever embarked on a very low-fat diet and felt like your hair and skin looked a little lackluster, you can understand how this macronutrient plays an important role in your overall health. Dietary fat is vital for maintaining healthy hair, skin, and nails, as well allowing cells to function optimally, against shock, maintaining your body temperature, blood clotting, and muscle movement.

7. Our bodies fight us in the battle of the bulge.

It’s not your imagination that it seems harder to lose weight once you’re overweight, as opposed to if you had just a little winter weight hanging around your middle. Your body wants to keep those extra pounds on, says science.

One study conducted by researchers at the University of Cambridge in the U.K. found that the fatter we are, the more our body appears to produce a protein that inhibits our ability to burn fat, called sLR11. Though this initial research was based on a study of mice published in the journal Nature Communications, the researchers also examined sLR11 in humans and discovered that the greater the levels of the protein in the body, the higher the total fat mass. The protein binds to specific receptors on body’s fat cells, inhibiting their ability to activate thermogenesis, the production of heat in humans. Thermogenesis affects metabolism and helps you burn more calories.

The heaviest person every recorded in medical history, American Jon Brower Minnoch, clocked in at 1,397 pounds before dying in 1983. The doctor who treated him at the time said that a good chunk of that weight was water weight due to his congestive heart failure. It was reported that it took a dozen firefighters and an improvised stretcher to move him from his home to a ferryboat and then the hospital. Though he got down to 476 pounds on a strict diet in the hospital and was released, Minnoch died a few years later, weighing about 800 pounds.

9. Men can have cellulite.

That fat beneath the surface is considered a condition that affects 90 percent of women and 10 percent of men. That’s because men have stronger fibrous tissue that’s structured so that it is more likely to hold fat in rather than push it toward the surface, according to the Cleveland Clinic Women have more estrogen, which helps the body hold on to fat. Cellulite isn’t related to how much fat you have on your body or how healthy you are; it’s the amount fat cells found in compartments under the skin, often showing up on the thighs, hips, and butt. There isn’t anything a person can do to guarantee they’ll avoid cellulite, but regular exercise and eating healthy foods can help.

Need one more reason to lose weight? A better sex life might be ahead. Both men and women who are overweight or obese tend to experience sexual dysfunction, due to hormone changes, emotional impact, and blood flow. Obese men tend to suffer from erectile dysfunction as well. Not only can losing weight and exercising improve your love life between the sheets, the mental health benefits of losing weight can translate into confidence—which is always sexy.

11. A high-fat diet may stoke your libido.

Okay, this one might not be rooted in scientific facts just yet, but anecdotally, some ketoer. have reported an initial drop in their libidos followed by a spike in their sex drive after following the keto diet for a few weeks or months. It could due to a number of reasons, including hormone levels, weight loss leading to more energy and confidence, eating a whole foods diet without junk, or perhaps the person is working out more. If your weight loss plan is so strict that it’s impacting your desire for sex, or you don’t have energy to train, you might want to work with a nutritionist to make sure you’re eating healthy, balanced meals.

WHY A BAREFOOT WORKOUT CAN DO MORE FOR YOU

4 THINGS YOU PROBABLY DIDN’T KNOW ABOUT YOUR METABOLISM