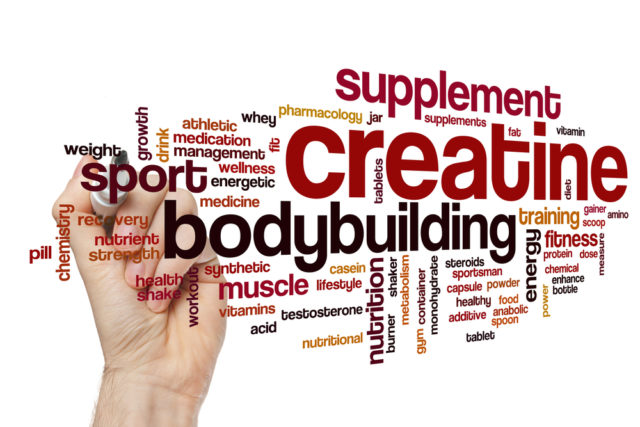 Women athletes haven’t jumped on the creatine bandwagon like men. But why not? After all, the scientific and athletic communities alike have substantiated creatine as a bona fide performance-enhancing supplement that improves high-intensity exercise performance, increases strength and body mass, and improves recovery ability between sets during workouts. So far, the vast majority of creatine users are men, but you’re an intelligent female athlete who trains hard, eats right and stays up to date on cutting-edge training techniques and dietary supplements. So why aren’t you using creatine?

Even if you train hard, you could probably still increase the intensity of your workouts. You haven’t already completed your quest for that lean, sculpted physique, have you? Creatine can help, but you’re probably concerned that it may not work for you. Worse, you may have heard it will make you bloated and retain water, or maybe you’ve tried it with disappointing results. Or perhaps you think it will make you bigger–even massively muscular–which obviously isn’t your goal for training hard and eating right.

The real question is: Does creatine work for women or against them? Taken correctly, as described here, creatine can enhance performance and add a little lean body mass without making you massive. With some fine-tuning of dosages, it shouldn’t cause bloating or stomach discomfort, either.

High-Intensity Performance Boost
The vast majority of creatine in your body–95%–is stored in muscle tissue, and it provides the quick, short bursts of energy necessary when performing high-intensity activities like sprinting or resistance training. By supplementing your diet with additional creatine, you’re able to load your muscles with more of this energy-producing compound. This increases your capacity to perform high-intensity work for a longer time.

For example, during a period of creatine supplementation, you might be able to squeeze out one or two extra reps on your second, third and fourth sets. In theory, these small, creatine-induced increases in training intensity and volume should produce significant gains in strength and hypertrophy.

Yet one top researcher, Peter Lemon, PhD, of the University of Western Ontario in Canada, emphasizes that very little research has been done with female subjects. Although some initial work suggests that females would also benefit from creatine supplementation, Lemon believes they probably won’t experience the same magnitude of performance improvements and lean body mass gain observed in male subjects.

Why not? Preliminary data suggest that females may have higher resting levels of muscle creatine than males. If so, this might account for decreased response to loading in females. The relationship between initial resting muscle creatine and potential improvement is well-documented. Each individual has a ceiling on the amount of creatine she can store in her body, and the closer you are to your limit, the less benefit you’ll receive from supplementation.

For example, a vegetarian, who naturally has a lower resting muscle creatine concentration, will likely see dramatic improvements in performance following a period of creatine supplementation. A meat-eater, however, who already has a relatively higher level of muscle creatine from the small amounts of creatine in red meat, might experience less-dramatic results.

Muscles by Osmosis
While scientists sort out all of the physiological details, many female athletes are already using creatine to enhance their training. Stephanie Worsfold, an IFBB fitness pro and Canadian Fitness Champion who placed seventh at the 2000 Jan Tana, believes creatine helped her train at a higher intensity. “It also improves my muscle fullness and gives me a better pump during workouts,” she says. Like most fitness competitors who use creatine, Stephanie does so during the off-season when she focuses on increasing her strength and lean body mass.

Closer to the competition date, female athletes become more concerned about water retention, bloating and appearing too smooth, and most avoid using creatine right up to the time of a contest. During this crucial period, even the slightest error in preparation could be disastrous, and most competitors would rather not experiment with creatine, Stephanie notes.

Yet taking creatine doesn’t automatically make you bloated and smooth-looking. These side effects are most likely due to the way it’s used, not to the creatine per se. Adjusting the timing and dosage may eliminate or at least minimize side effects for women athletes.

Since creatine is an osmotically active compound, it draws water into the cells where creatine is stored. Thus the body moves water inside the muscle cells, increasing cell volume and giving your muscles that postworkout pumped look. This increase in cell volume may help stimulate muscle growth over time when combined with strength training, Lemon states. These hyper-hydrated muscle cells might also help protect athletes from heat illness and dehydration when competing and training.

The “Bloated” Truth
Many female athletes avoid creatine because they’re concerned about undesirable side effects such as bloating, cramping and diarrhea. But Lemon says the short-term side effects of creatine usage are grossly overestimated. In several studies, control-group subjects who ingested no creatine (often taking a carbohydrate placebo in its place) reported more side effects than the subjects who were actually loading the creatine!

Often, the gastrointestinal (GI) problems attributed to creatine use are actually due to problems with dosing. When your muscles have packed away as much creatine as they can handle, excess creatine may be excreted or sit in the GI tract. Since creatine is osmotically active, excess water is also drawn into the GI tract, causing the aforementioned side effects. What’s the solution? Make sure you aren’t taking too much creatine!

The dosing strategies outlined by most supplement manufacturers on product labels are generally based on research studies using male subjects. Therefore, females who follow such recommendations might experience more side effects. To ensure optimal results with minimal chance of unwanted side effects, base the proper dosage on your own lean body mass. Until research determines the optimal dosing scheme for female athletes, your best strategy is to start small and progress carefully. Try supplementing your diet with 3 grams per day (rather than the 5 grams per day suggested for males) for a period of 4-6 weeks.

The best time to take creatine is 20-30 minutes after your workout with your postworkout carbohydrate and protein meal. Although the research is scant, a female athlete taking 3-5 grams of creatine per day might expect to gain somewhere between 0.5 and 2 pounds during a 4-6-week supplementation period. Men, by comparison, might add 5 pounds during this time frame.

Another easy way to eliminate GI side effects is to ensure that your creatine powder is mixed well. Creatine particles are suspended in solution (they don’t dissolve well in water at room temperature), which is why you should continue to stir and mix the creatine in the glass until completely ingested. If you allow the powder to settle, your chances of GI discomfort may increase. Drinking plenty of water along with creatine greatly reduces your chances of GI discomfort.

Several new products have been designed to increase creatine’s solubility and ease of use: Some manufacturers are binding the creatine molecule with a more soluble substance in an attempt to create a liquid version of the supplement. Others are producing a “micronized” creatine supplement consisting of tiny creatine particles that might stay in suspension longer than the original. At this time, Lemon isn’t aware of any research indicating if these products are more effective than the original creatine monohydrate powder. Your best bet is to try several types of creatine to see which works best for you. 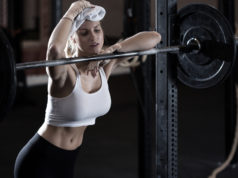 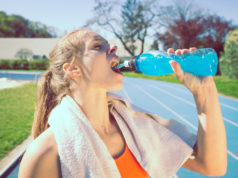 WHAT ARE ELECTROLYTES, AND DO I NEED SPORTS DRINKS TO REPLENISH THEM? 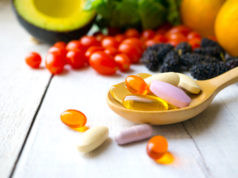 THE 5 BEST SUPPLEMENTS FOR FAT LOSS

5 THINGS YOU SHOULD KNOW ABOUT WALNUTS