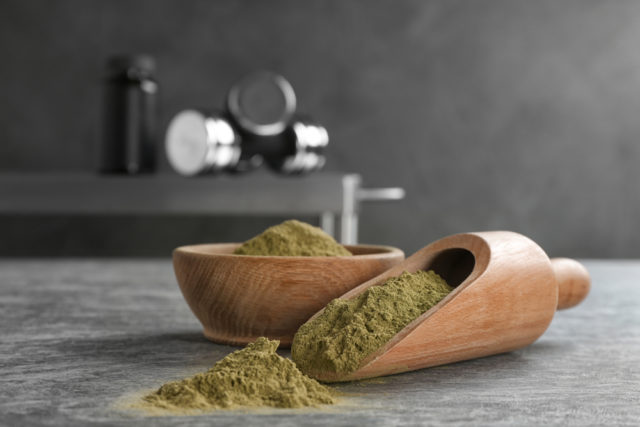 How are you getting your protein? Are you loading up a shaker full of whey powder, or are you going for a plant-based alternative, like hemp, peas, and rice? The plant-based method is growing in popularity, but some people might not be convinced that it will yield the same results as the tried-and-true methods.

Well we’re putting plant-based protein on trial to see if it’ll get you just as jacked as the animal-based stuff.

Protein. is., no matter where it comes from. Your body (and muscles) don’t care about the origin of the protein macro-nutrient that you’re ingesting after a hard workout. It will be utilized the same way. This is why there are plenty of vegetarian bodybuilders and strength athletes who have excelled at their particular sport on a plant-based diet.

Sure, protein is simply a molecule that helps build up bones, muscles, and tissue, but all protein sources aren’t equal. The amino acids that make up protein are important, and not all protein sources contain a full batch of the essential aminos our bodies need for optimum performance. Animal sources usually contain all the essential aminos, whereas plant-based powders have to have them added, which can be less effective.

A 2013 study published in Nutrition Journal had 24 guys lift weights and supplement with either whey protein or rice protein (at a high dose) for eight weeks. Researchers found no difference in metrics like muscle thickness, fat loss, strength, and power.

Some claim that soy protein can affect hormone levels in men (and spur breast growth), but recent research by St. Catherine University in Minnesota showed that soy protein isolate had no effect on any levels of the hormones tied to reproduction in men. Research in Journal of the American College of Nutrition in 2013 found that when whey was stacked up against soy supplements after resistance training, those taking whey ended up with almost double the lean muscle mass gains.

A recent study from Florida International University looked at MMA fighters who supplemented with either whey or rice protein during intense training. They found no significant differences in body composition after six weeks.

There are differences between protein sourced from animals and protein derived from plants, but they aren’t significant enough to recommend one over the other. With whey protein, you’re getting a complete profile of aminos, but a multisource plant protein powder can cover the bases.

Go with whichever you prefer. Some poeple say that whey protein upsets their stomachs; if that’s the case for you, go with whey-free protein. Either way, try to get in about one gram of protein per pound of body weight per day.

HOW TO WORK OUT WHILE YOU’RE ON YOUR PERIOD

GET COMPETITIVE TO SPARK YOUR MOTIVATION