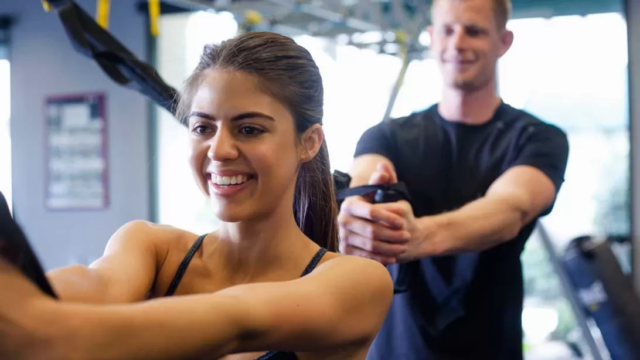 Men aren’t the only ones with muscles, so it makes sense, then, that muscle-building supplements aren’t just for men. But that doesn’t mean you can dip willy-nilly into your buff guy’s supplement cabinet. At the risk of stating the snoringly obvious, women are immensely different in both size and biological makeup than men, and while the size issue will affect dosage, the biology affects what you can and cannot take.

For example, while testosterone is a powerful anabolic hormone that’s essential to building muscle even in women, testosterone-boosting supplements (such as tribulus) won’t work the same way in women as they do in men because the mechanism of testosterone production is different. Yet there are other supplements that men thrive on that you will, too. Here’s what you should pilfer for the next month — starting today.

Take Now
If you’re taking a multivitamin, some fish oil and maybe even a daily dose of green tea extract, we’ll assume you know a little something about supplementation. But beginning a muscle-building regimen is different. There’s a science to figuring out how to put the supplements together in a way that fuels your workouts (and your gains) without flummoxing your stomach. You need to build slowly, allowing your body to adjust before adding to your stack. For a strong foundation, start with these three basics.

Protein is absolutely crucial. Sure, you eat chicken and steak, but if you’re not consuming protein powder, you’re not on the fast track to gaining lean muscle mass. After workouts, getting protein to your muscles quickly boosts protein synthesis and, therefore, muscle growth. But which protein to use? Current research, including a Baylor University (Waco, Texas) study published in the Journal of Strength and Conditioning Research in 2006, shows that supplementing with a combination of whey and casein proteins after working out spurs the greatest increases in lean muscle mass.
Creatine is the second most important part of your new plan. Produced naturally by muscles, creatine “has been reported to promote significantly greater gains in strength, fat-free mass and performance primarily of high-intensity exercise tasks,” writes Richard Kreider, PhD, in a February 2003 study on the effects of creatine and exercise published in Molecular and Cellular Biochemistry. It also increases endurance and helps create the pump that makes your muscles look so full at the end of a workout.
BY JORDANA BROWN

6 foods that could give you acne